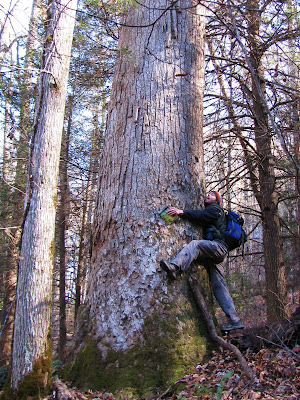 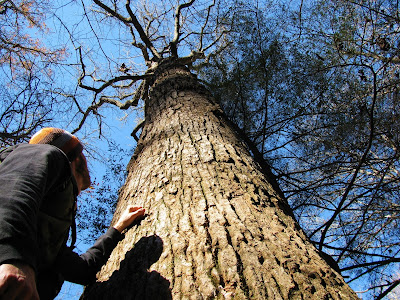 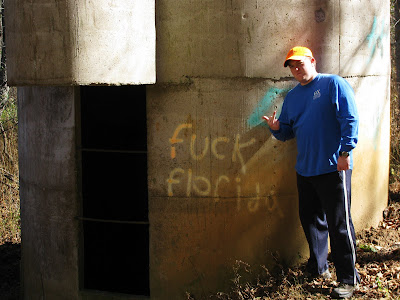 In rural backwoods Georgia, graffiti gets to the point. Bonus points for correct spelling! I have to ask though: Is this a phenomenon found in other states? In Minnesota, do they spray-paint "fuck north dakota" on abandoned silos? It's a thinker.
Posted by Mickey at 1:26 PM

Being a relatively new North Dakota resident I thought I'd chime in. In my travels through rural Minnesota (which are minimal) and North Dakota (which are more extensive) I've never seen the anti-next state graffiti you describe. It's not that the passions for it don't exist, I just think that people here are too "Mid-West polite" to use such vulgarities, even in their graffiti. It's kind of sad.

I was going to say that rednecks aren't confined to any geographic region, so I'd expect to find profane graffiti anywhere, but then I read El Gaucho's comment and apparently I am wrong. I do like the idea of polite graffiti, though.

Out here in Utah, we just scratch stuff into the rocks rather than spray-paint it. I once found a boulder with a 5x3 foot "Greetings from Germany" etched into it in at Canyonlands NP. Hmm. Danke schoen and right back at ya Germany.

It is unreasonable that you couldn't even find one lame flower.

Not only do you not check your blog e-mail, you don't check your e-mail answer your phone or return phone messages until you are good and ready.

Thanks for the props, Mick. Yes, I am definitely a foe of censorship.

Ooh! Sounds like a great trip! I've been crap at making myself blog lately. Sometimes, I just don't have enough to say, I think.

Also, I think the tree liked it.

Also, a certain grandma reads my blog and sometimes I am tempted to say something really foul just to see if I can get her to stop so I can just be my usual mildly crass self again w/o being self-conscious about it. If only all relatives were awesome librarians!